!VROUWENVRAGEN? is a project by Jef Geys consisting of a series of questionnaires. The questions listed are questions concerning women in society. is a series that Geys developed in the early 60s when he was a teacher of Positive Aesthetics at a children’s school in Balen, where he lived in Belgium. Geys drew up a list of questions that women might ponder about their identity; then gave them to his pupils for discussion. In the 1980s these !VROUWENVRAGEN? were adapted for contemporary art and have now been translated into 13 languages.

The print supports the collaboration ‘Blijde Gedachten’ between the school Heilig Graf and hospital AZ Turnhout. Frans Masereel Centrum produced three versions of the print: a Japanese, Dutch and English edition, each time in an edition of 100. Artist Jef Geys associated his name with the project of the work !VROUWENVRAGEN?. Frans Masereel Centrum produced three versions (Japanese, English and Dutch) of the print, each in an edition of 100. 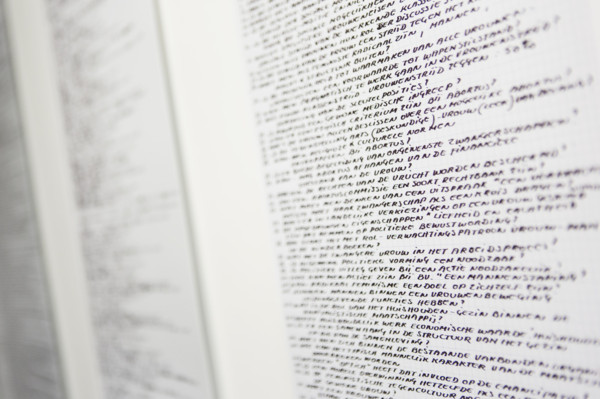 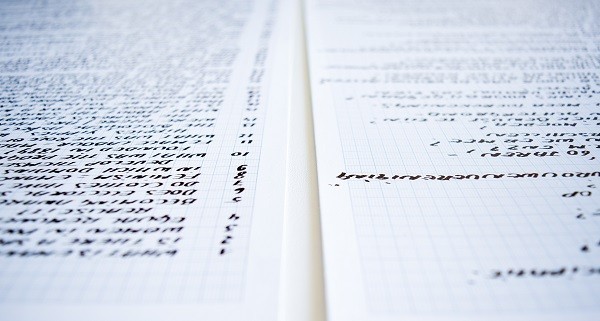 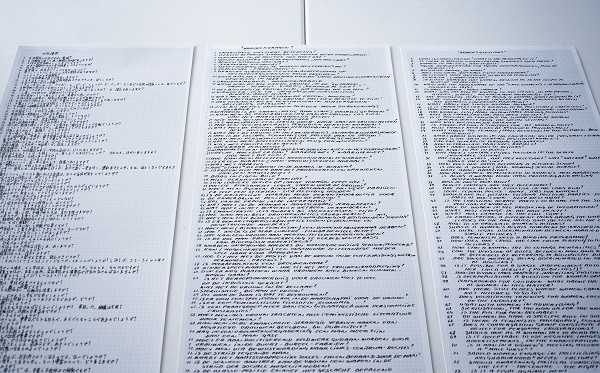